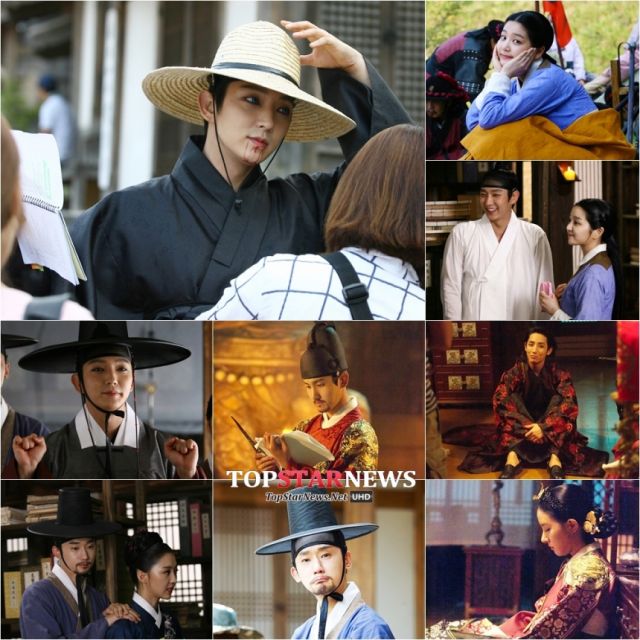 Lee Joon-gi wearing a wide brim hat to avoid the hot sun showed off his side as a fashionista. The hat was to cover him from the sunlight and became one of the essential items for him along with his script.

Lee Yoo-bi, smiling while her two hands are supporting her face like two sepals for a flower, pleases your eyes. Her constant smiles and her two big twinkling eyes bring up more energy to the filming set.

Lee Soo-hyuk reveals his boyish appeal while he smiles and pouts his lips. Choi Tae-hwan also looks cute when he gazes into the camera showing his somewhat sad looking face as the drama is about to end soon.

All the actors and actresses have been working even harder as the drama is running towards the completion. Kim So-eun was spotted as she takes a brief nap at a corner of the filming set. Changmin and Jang Hee-jin checking the interaction between the two right before the main shooting have been captured by the camera as well. All of the still images naturally reveal how passionately everyone involved in the drama have been working.

The production team of 'Scholar Who Walks the Night' asked their drama fans to keep sending support and confirm the result of the passionate efforts by the actors and staff memers in the upcoming episode.

"'Scholar Who Walks the Night' has unveiled large amount of behind-the-scenes photos with two more episodes to go"
by HanCinema is licensed under a Creative Commons Attribution-Share Alike 3.0 Unported License.
Based on a work from this source