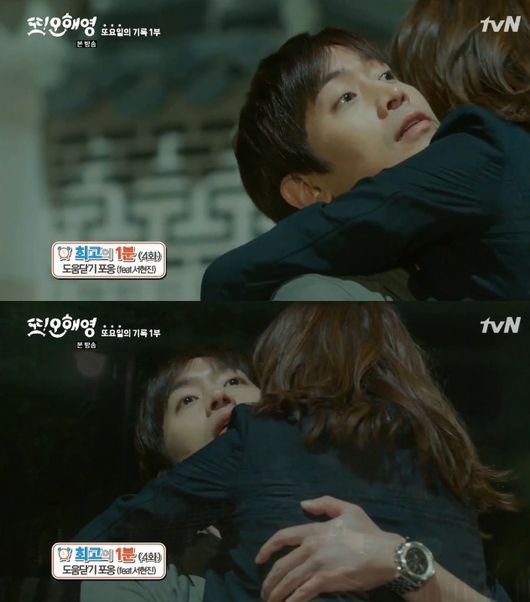 Eric and Seo Hyun-jin's high jump kiss has been chosen as the best one minute from "Oh Hae-Young Again".

Also, one of the most popular scenes include the scene where it was revealed that Ye Ji-won's nickname was Isadora. The special episode of tvN's "Oh Hae-Young Again", 'Oh Hae-young Again – Records on Saturday' on July 4th aired bloopers and explanations for each character.

The special episode has chosen the high jump scene as the best one minute from the entire drama. In the scene, Oh Hae-young (Seo Hyun-jin) flew from the sky to Park Do-kyeong (Eric Mun) and was hugged in his arms.

Also, the scene where Oh Hae-young (Seo Hyun-jin) explains to her boss Park Soo-kyeong (Ye Ji-won) how she earned the nickname, Isadora.

"'Oh Hae-Young Again' Eric and Seo Hyun-jin's high jump kiss is the best one minute "
by HanCinema is licensed under a Creative Commons Attribution-Share Alike 3.0 Unported License.
Based on a work from this source