'Descendants of the Sun' Ends on a Massive High 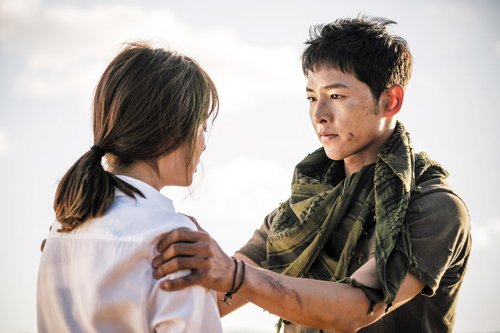 Election fever made no dent in the ratings of KBS hit soap "Descendants of the Sun" on Wednesday, whose penultimate episode easily outclassed election coverage on all three terrestrial channels with 34.8 percent to 23.2.

The soap mesmerized Korea and China for the last three months and came to an end on Thursday. And while the figures speak for themselves, there are some gripes, chiefly about the incoherent plot.

So when all is said and done, what are viewers taking away from the series?

"Descendants of the Sun" was unarguably the biggest success since "My Love from the Star" in 2013. The streaming site that showed it in China saw the number of registered members increase by more than 5 million.

The show has been sold to 32 countries including Japan. Production company NEW has a running guarantee contract with the Chinese streaming site and will be paid more if the episodes gather more hits.

As of Thursday the series has been watched over 2.5 billion times on the site, and viewers have to buy a yearly VIP membership, which costs 198 Chinese yuan or W35,000.

The production cost W13 billion but recovered most of the cost before it even aired thanks to pre-sale of broadcasting rights abroad and product placement deals. NEW and KBS are expected to earn over W10 billion in profits from advertising and other incidental deals.

Because the show was shot in advance rather than on the hoof, as is the usual practice here, actors did not have to rush their job and were also available to promote the series in Korea and abroad while it was being aired.

Kim Sook of the Korea Creative Content Agency said, "A cultural trend like the Korean Wave can only continue when it creates a virtuous circle where a big hit attracts more interest for other cultural content". 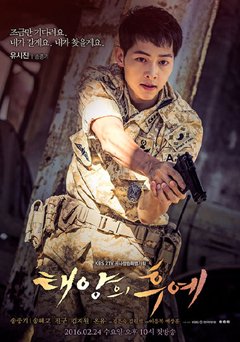 But the storyline of "Descendants of the Sun" was implausible and confused, and product placement was driven to a new pitch of shamelessness.

Many fans confessed that the plot was corny but they watched it anyway because of the star, Song Joong-ki. It is disappointing that the soap trod very well-worn paths rather than being a trailblazer for a fresh approach.

Previous big Korean Wave hits like "Winter Sonata", "The Heirs", and "My Love from the Star" were not particularly well executed but managed to become hugely popular mainly thanks to the charm of the male stars.

"Descendants of the Sun" at least did not feature a super-rich hero or turn on the secret surrounding protagonists. But Song's character did tend to ride to the rescue like clockwork. Especially towards the end of the series, he kept coming back from the dead with impossible regularity.

Episodes featured an average of 10 product placements, which did not help their quality.

Some farcical situations resulted from the fact that the series was complete before it was shown. The studio set in Taebaek, Gangwon Province had been demolished when the shoot was over, but once it became clear that it was a mega hit and got the endorsement of President Park Geun-hye, Taebaek decided to rebuild it at taxpayers' expense.

Park praised the soap for promoting patriotism and tourism.

"'Descendants of the Sun' Ends on a Massive High"
by HanCinema is licensed under a Creative Commons Attribution-Share Alike 3.0 Unported License.
Based on a work from this source