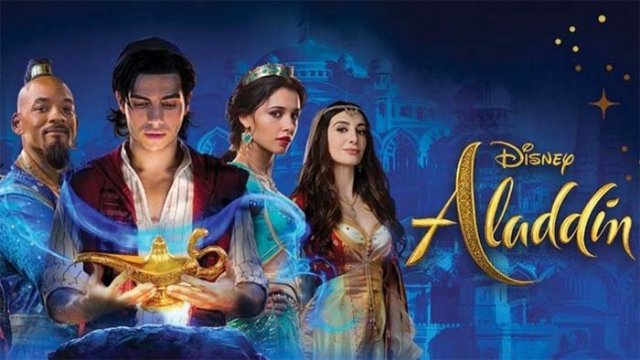 The musical fantasy film "Aladdin" surpassed the 7 million viewer mark on Tuesday, 34 days after its release, according to the Korean Film Council.

The film continues to dominate the local box office thanks to strong word of mouth.

It will now race to join the top 10 foreign films ever in Korea as it is expected to surpass "Transformers: Dark of the Moon" (2011), which currently ranks 10th with 7.79 million viewers.

"'Aladdin' on Track to Join Top 10 Foreign Films Ever in Korea"
by HanCinema is licensed under a Creative Commons Attribution-Share Alike 3.0 Unported License.
Based on a work from this source